ClearML is an open-source toolbox designed to save you time ⏱️.

🔨 Track every YOLOv5 training run in the experiment manager

And so much more. It's up to you how many of these tools you want to use, you can stick to the experiment manager, or chain them all together into an impressive pipeline!

To keep track of your experiments and/or data, ClearML needs to communicate to a server. You have 2 options to get one:

Either sign up for free to the ClearML Hosted Service or you can set up your own server, see here. Even the server is open-source, so even if you're dealing with sensitive data, you should be good to go!

This will enable integration with the YOLOv5 training script. Every training run from now on, will be captured and stored by the ClearML experiment manager. If you want to change the project_name or task_name, head over to our custom logger, where you can change it: utils/loggers/clearml/clearml_utils.py

That's a lot right? 🤯 Now, we can visualize all of this information in the ClearML UI to get an overview of our training progress. Add custom columns to the table view (such as e.g. mAP_0.5) so you can easily sort on the best performing model. Or select multiple experiments and directly compare them!

There even more we can do with all of this information, like hyperparameter optimization and remote execution, so keep reading if you want to see how that works!

Versioning your data separately from your code is generally a good idea and makes it easy to aqcuire the latest version too. This repository supports supplying a dataset version ID and it will make sure to get the data if it's not there yet. Next to that, this workflow also saves the used dataset ID as part of the task parameters, so you will always know for sure which data was used in which experiment!

The YOLOv5 repository supports a number of different datasets by using yaml files containing their information. By default datasets are downloaded to the ../datasets folder in relation to the repository root folder. So if you downloaded the coco128 dataset using the link in the yaml or with the scripts provided by yolov5, you get this folder structure:

But this can be any dataset you wish. Feel free to use your own, as long as you keep to this folder structure.

Next, ⚠️copy the corresponding yaml file to the root of the dataset folder⚠️. This yaml files contains the information ClearML will need to properly use the dataset. You can make this yourself too, of course, just follow the structure of the example yamls.

To get this dataset into ClearML as a versionned dataset, go to the dataset root folder and run the following command:

The command clearml-data sync is actually a shorthand command. You could also run these commands one after the other:

Now that you have a ClearML dataset, you can very simply use it to train custom YOLOv5 🚀 models!

Now that we have our experiments and data versioned, it's time to take a look at what we can build on top!

Using the code information, installed packages and environment details, the experiment itself is now completely reproducible. In fact, ClearML allows you to clone an experiment and even change its parameters. We can then just rerun it with these new parameters automatically, this is basically what HPO does!

To run hyperparameter optimization locally, we've included a pre-made script for you. Just make sure a training task has been run at least once, so it is in the ClearML experiment manager, we will essentially clone it and change its hyperparameters.

You'll need to fill in the ID of this template task in the script found at utils/loggers/clearml/hpo.py and then just run it :) You can change task.execute_locally() to task.execute() to put it in a ClearML queue and have a remote agent work on it instead. Running HPO locally is really handy, but what if we want to run our experiments on a remote machine instead? Maybe you have access to a very powerful GPU machine on-site or you have some budget to use cloud GPUs. This is where the ClearML Agent comes into play. Check out what the agent can do here:

In short: every experiment tracked by the experiment manager contains enough information to reproduce it on a different machine (installed packages, uncommitted changes etc.). So a ClearML agent does just that: it listens to a queue for incoming tasks and when it finds one, it recreates the environment and runs it while still reporting scalars, plots etc. to the experiment manager.

You can turn any machine (a cloud VM, a local GPU machine, your own laptop ... ) into a ClearML agent by simply running:

With our agent running, we can give it some work. Remember from the HPO section that we can clone a task and edit the hyperparameters? We can do that from the interface too!

🪄 Clone the experiment by right clicking it

🎯 Edit the hyperparameters to what you wish them to be

Now you can clone a task like we explained above, or simply mark your current script by adding task.execute_remotely() and on execution it will be put into a queue, for the agent to start working on!

To run the YOLOv5 training script remotely, all you have to do is add this line to the training.py script after the clearml logger has been instatiated:

When running the training script after this change, python will run the script up until that line, after which it will package the code and send it to the queue instead!

ClearML comes with autoscalers too! This tool will automatically spin up new remote machines in the cloud of your choice (AWS, GCP, Azure) and turn them into ClearML agents for you whenever there are experiments detected in the queue. Once the tasks are processed, the autoscaler will automatically shut down the remote machines and you stop paying!

Check out the autoscalers getting started video below. 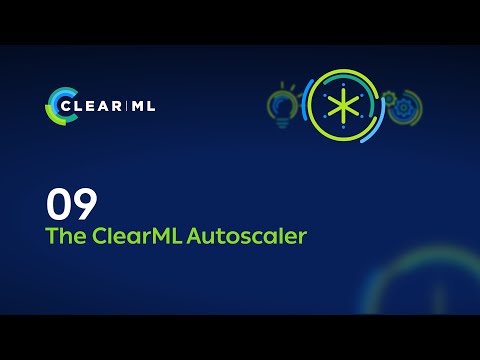